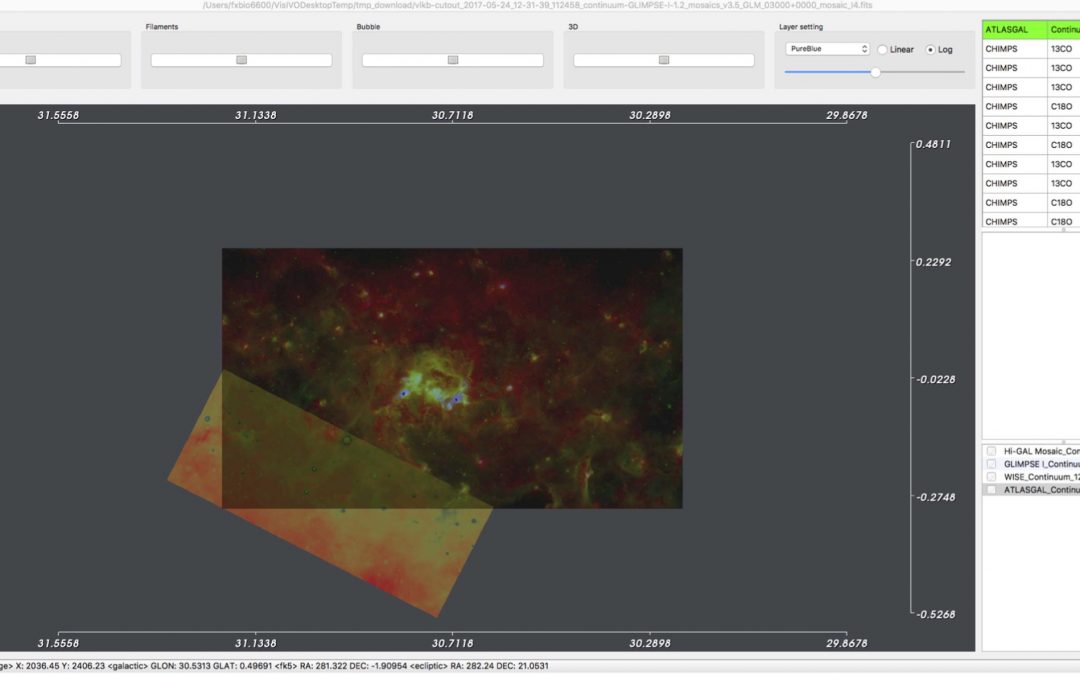 We present a visual analytics tool, based on the VisIVO suite, to exploit a combination of all new-generation surveys of the Galactic Plane to study the star formation process of the Milky Way. The tool has been developed within the VIALACTEA project, founded by the 7th Framework Programme of the European Union, that creates a common forum for the major new-generation surveys of the Milky Way Galactic Plane from the near-infrared to the radio, both in thermal continuum and molecular lines. Massive volumes of data are produced by space missions and ground-based facilities and the ability to collect and store them is increasing at a higher pace than the ability to analyze them. This gap leads to new challenges in the analysis pipeline to discover information contained in the data. Visual analytics focuses on handling these massive, heterogeneous, and dynamic volumes of information accessing the data previously processed by data mining algorithms and advanced analysis techniques with highly interactive visual interfaces offering scientists the opportunity for in-depth understanding of massive, noisy, and high-dimensional data.