HADES RV Programme with HARPS-N at TNG XIII. A sub-Neptune around the M dwarf GJ 720 A 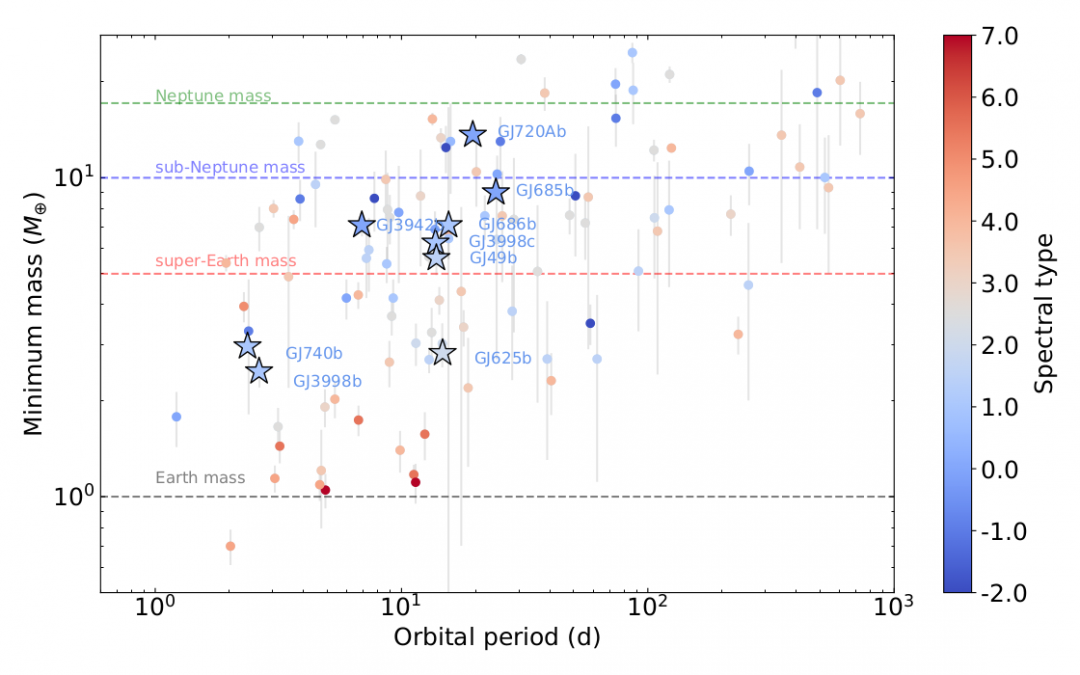 Figure 1. Minimum mass vs. orbital period diagram for known Neptune- type and super-Earth planets (colored dots) around M dwarfs only detected with the RV method (available data at http://www.exoplanet.eu). The star symbol indicates the location of all the discovered planets by the HADES team. The color code divides the sample by the spectral type of the host star with -2.0, 0.0 and 7.0 corresponding to K5.0V, M0.0V, and M7.0V, respectively.

The high number of super-Earth and Earth-like planets in the habitable zone detected around M-dwarf stars in the last years has revealed these stellar objects to be the key for planetary radial velocity (RV) searches. Using the HARPS-N spectrograph within The HArps-n red Dwarf Exoplanet Survey (HADES), the team reach the precision needed to detect small planets with a few Earth masses using the RV technique.

HADES observing program is the result of a collaborative effort between the Italian Global Architecture of Planetary Systems (GAPS) project, the Institut de Ciències de ‘ Espai de Catalunya (ICE), and the Instituto de Astrofísica de Canarias (IAC). Nowadays the HADES collaboration is a well established program, using the HARPS-N spectrograph on the Telescopio Nazionale Galileo (TNG), that has already produced many valuable results, regarding the statistics, activity, and characterization of M stars, and has led to the discovery of several planets.

The latest HADES publication reports the discovery of a sub-Neptune extrasolar planet orbiting around the M dwarf star GJ 720 A, classified as an M0.5 V star located at a distance of 15.56 pc. The detection was carried out thanks to the 138 HARPS-N RV measurements taken between 2013 May and 2020 September. The combined analysis of the HARPS-N RVs and activity indicators let to address the nature of the periodic signals. The HARPS-N RV periodic signals around 40 d and 100 d have counterparts at the same frequencies in HARPS-N activity indicators and photometric light curves. Then these periodicities were attributed to stellar activity, the former period being likely associated with the stellar rotation. GJ 720 A shows the most significant signal at 19.466 ± 0.005 d with no counterparts in any stellar activity indices. Hence this RV signal was ascribed to the presence of a sub-Neptune mass planet. The planet GJ 720 Ab has a minimum mass of 13.64 ± 0.79⊕, it is in a circular orbit at 0.119 ± 0.002 AU from its parent star, and lies inside the inner boundary of the habitable zone. In Figure 1 the minimum mass-orbital period diagram illustrates the planets discovered around M dwarf stars using the RV technique (dot symbols) highlighting, with star symbols, all the planets discovered by the HADES collaboration. The GJ 720 Ab implies an important discovery due to the planet populates the more massive sub-Neptune part of the diagram at intermediate orbital periods being one of the most massive planet discovered around M dwarf stars. The final model and the orbital planetary parameters were obtained by fitting simultaneously the stellar variability and the Keplerian signal using a Gaussian process regression (Figs. 2 and 3), which has been recognized as an excellent technique to model stellar activity signals in Doppler data. 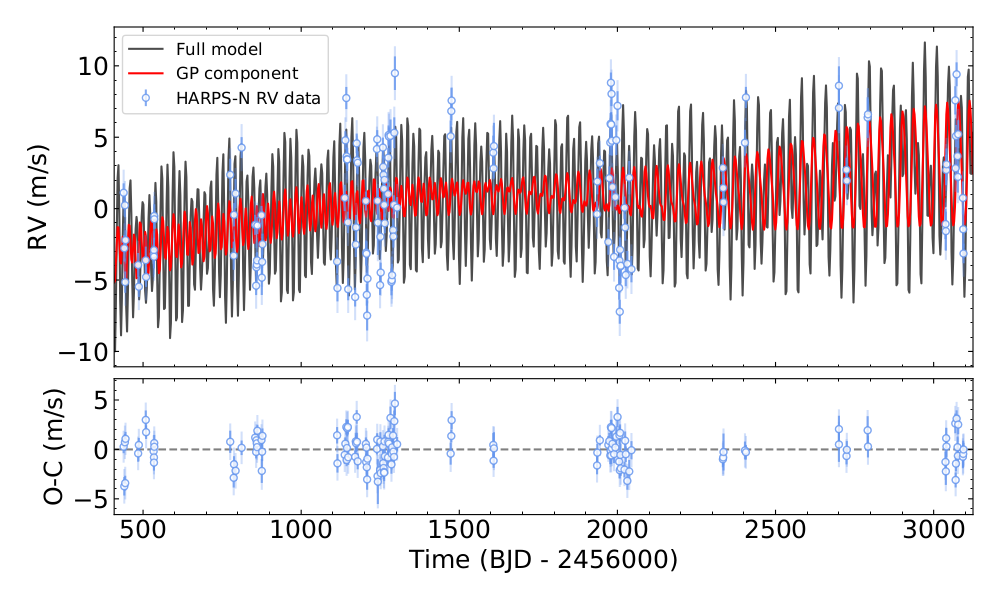 Figure 2. GJ 720 A RV time series (blue dots) together with the “best” model and the residuals. The fitted model (black line) corresponds to the base model plus an exp-sin-squared GP kernel that models the stellar activity at Prot = 35.23 ± 0.11 d, and the planetary signal at 19.466 ± 0.005 d. The GP contribution is shown with red colored line. The error bars (color blue) include the RV jitter (light blue color) taken into account. 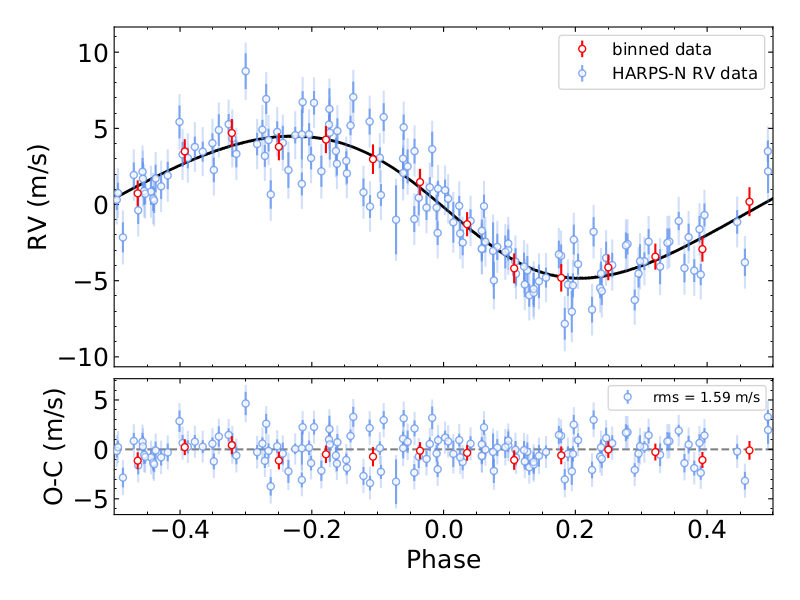 Figure 3. GJ 720 A RVs (blue dots) folded in phase (the base model and the stellar activity were removed) with the orbital period of the planet and its residuals. The best Keplerian solution (black line) has a RV amplitude of 4.72 ± 0.27m/s. The red dots correspond to the binned data. The rms of the residuals is 1.59 m/s.

The discovery of GJ720Ab is described in: